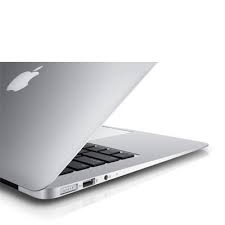 WHAT’S ALL THE HYPE ABOUT THE MACBOOK PRO?

MacBook Pro topic may have been discussed many times before however I would like to make it simpler for the first time users and readers.

First thing that struck people’s minds is the MacBook price. APPLE MacBook certainly is expensive to purchase outright, compared to any other brands. For starters the cheapest base model 2017 model APPLE MacBook Air starts from $1499 (rrp aud) and base model Macbook (12 inch) which starts from $1899 (rrp aud) to the highest spec MacBook Pro (15 inch) with all the options and highest spec at $7158 (rrp aud). The highest spec MacBook Pro at $7158 feels like purchasing a second hand Holden at that price.

So we have talked about the 2017 model MacBook prices. How about the used MacBook prices on the second hand market. Well in all honesty you may also get a bit of a shock in this department. I have seen some used 2011 Macbook Pro laptops sell as much as $750. Some MacBook air 2013 models also fetch as much as $1000+. So compare these prices to any other brand like Toshiba, HP, Sony, Acer and DELL and you will see that the same year models will not even fetch one fourth of these prices.

You may ask WHY?

MacBook’s are very powerful machines even the old ones like 2012 MacBook Pro with Intel core i7 processor with 2.9GHz, 16GB of RAM and Retina display. Even with todays standards you can see clearly that this is a very powerful machine. What MR Steve Jobs has done for APPLE was absolutely marvellous & outstanding.

Another advantage of the MacBook is, their reliability. You may still see or notice some users still using 2008, 2009 MacBook’s. I mean we are talking about an electronic device that is around 9 years by now, and still functioning like the first day it left the factory. You must have also heard the saying they all look the same. In fact YES they may do but they are all different inside.

All MacBooks come with a builtin Front camera, which is simple to use for people who want to take pictures and videos with their laptops. Apple is pre installed with Face Time software application, which enables you to use the camera to make free video calls over the Internet with other MacBook users, as well as owners of an iPhone, iPod or iPad.

Apple MacBook’s come with a variety of installed applications on every MacBook, this makes it a turnkey laptop, which the users can start using their laptop straight out of the box without the need of purchasing any additional software. No user configuring is required unlike Windows. Windows operating systems have massive stability issues; currently there are more and more malware, spyware and viruses being developed for the Windows operating systems in the world. These viruses, spyware and malwares are popping up like mushrooms in a dark room. We should thank APPLE for not having their users to deal with any of these issues.

The MacBook Pro is the quietest laptop in its class in the world. When it goes into sleep or hibernate mode you would think to your self that it is actually turned off. But with a stroke of a key or a touch to its touch pad it comes straight up without any delay.

Even when it is fully loaded with every software you could possibly throw at it you will not even hear its fans or its drives at all. (On most new models)

I have used many MacBook to date ranging from 2010 to 2017 including MacBook AIR, MacBook PRO and MACBOOK (12 inch). 2017 15inch MacBook pro with touch bar will always be my favourite. What makes MACBOOK fun is that your daily activities performed on your LAPTOP just becomes fun all of a sudden.

One of the major difference that separates any MacBook from the rest of the Laptop brands is that its TOUCH PAD feature. Do you remember those old laptops with mouse pads that had two buttons? One for right click and one for left click. MacBook’s have what they call is a Touch-Pad. Touch Pad’s have no buttons but they are sensitive and you can click on any part of the touch pad.